How to use Webfonts & Type Faces in Email Blasts

In August 1995 Yahoo! launched their first commercial website. Since then it has been updated dozens of times as the web evolved into the beast it is today. The only thing that hasn’t changed yet is the cross platform font selection available in HTML eMails.

While the rest of the internet has moved on to font faces and being able to use pretty much any font available on the web… Most email clients still have Times New Roman as the default font.

Now this is obviously very limiting to the creative because now matter how nice it looks on one platform, it probably wont translate well to the other. So I decided to make a list to show you what fonts work everywhere and which devices actually support webfonts & @fontface. 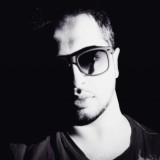 Hello all Roomi here... I am the founder of this website along many others linked in our portfolio. We specialize in creating an engaging site & content for all of our clients. I am here for any questions you may have or want to share. Hit me up on twitter @therealroomio facebook /ValeoFX or just fire me an email from the contact page for any questions.